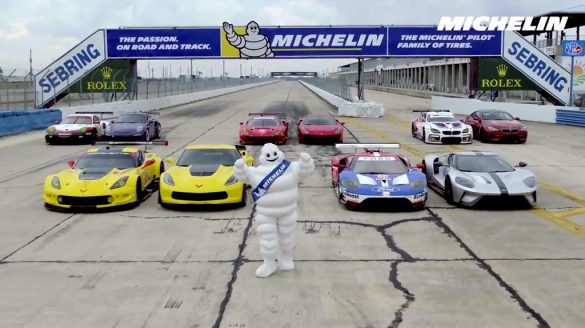 GTLM Competitors in the IMSA WeatherTech SportsCar Championship can use any tire, but since Falken Tires left in 2015, the GT Le Mans class has in essence become a defacto “Michelin” spec class with all five manufacturers riding on the brand. As the teams are down at the official two day Sebring test, Michelin got […]
The post Michelin Offers Unique Track To Street Showdown from Sebring appeared first on